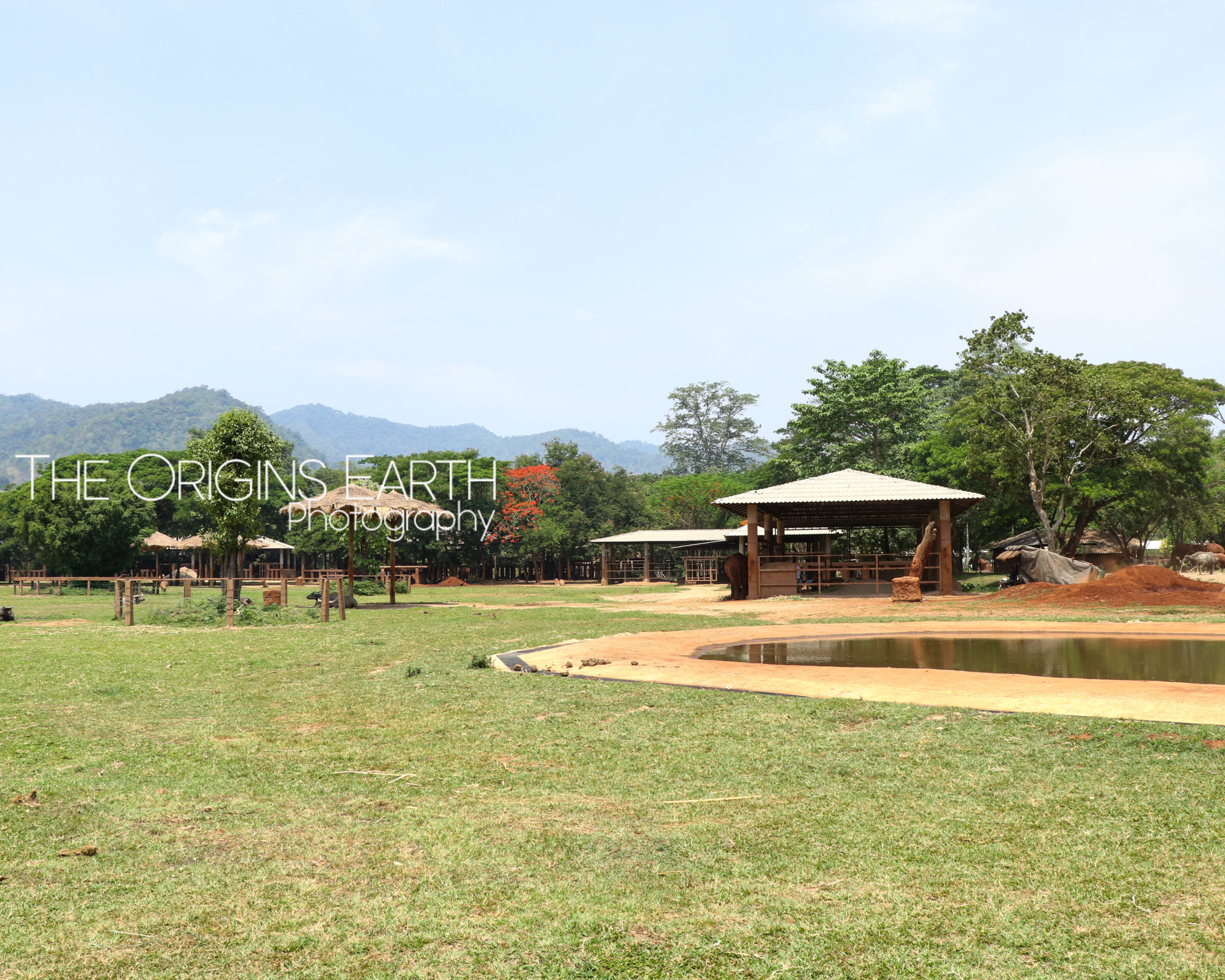 The Elephant Nature Park is a rehabilitation for rescued elephants and also rescues cats, dogs buffalos. Cats and dogs can be also adopted. It is situated in the north of Thailand in 1 hour of driving from the city of Chiang Mai.

Her founder Lek Chailert has created this park in 1990 with the aim of providing a sanctuary and rescue for elephants. She saved more than 200 elephants from the beginning of her project. Indeed, the park is destined to care for animals in order to give them a better environment and a better life. 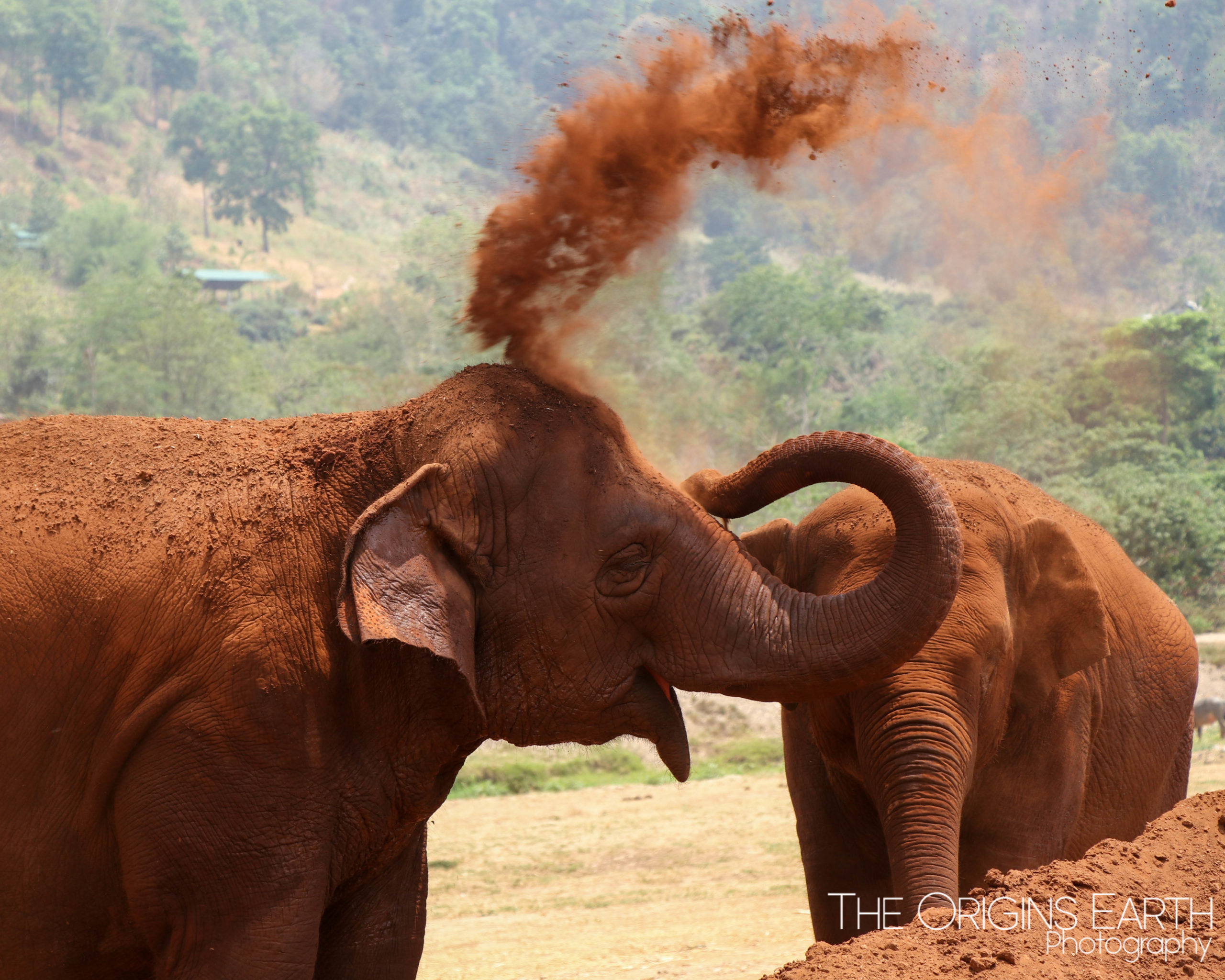 After one hour driving off from your hotel in Chiang Mai or from the office in the city , you arrive at ENP where introduction and instructions are given to you for the visit. Indeed, with day-guide you will go for an exploration of the park in order to discover this immense place of 200 hectares. You will have the opportunity to feed the elephants and to learn more about the life they had before coming ENP. Maybe you will observe to see them having a bath. At the end of your visit, they will bring you back to your hotel.

What is the aim of this visit?

The idea of this visit is to well-understand what elephants lived in their life before coming ENP, but also to learn more about elephant industry in Thailand in order to have an idea about what happens in this industry for elephants. Even if elephants have been used for transportation a few decades ago, they are now used for tourism while this is not in their natural behavior to ride tourists on their back.

By visiting them you show your support, and your contribution will go to financing food for animals, materials they need for maintenance of the .

What is my aim through this interview?

Before coming to the Elephant Nature Park in Chiang Mai, I visited in September 2018 the Samui Elephant Sanctuary that is from the same foundation.

For my visit ENP in Chiang Mai, I wanted to interview a member of the team in order to bring another dimension to this article and to give more information with a specific vision that can only have a person who there.

Below, here is the short interview, and I suggest you also to read the article about my visit Samui Elephant Sanctuary in which you will read further information.

I thank Alex from the marketing team member with whom I made this interview. 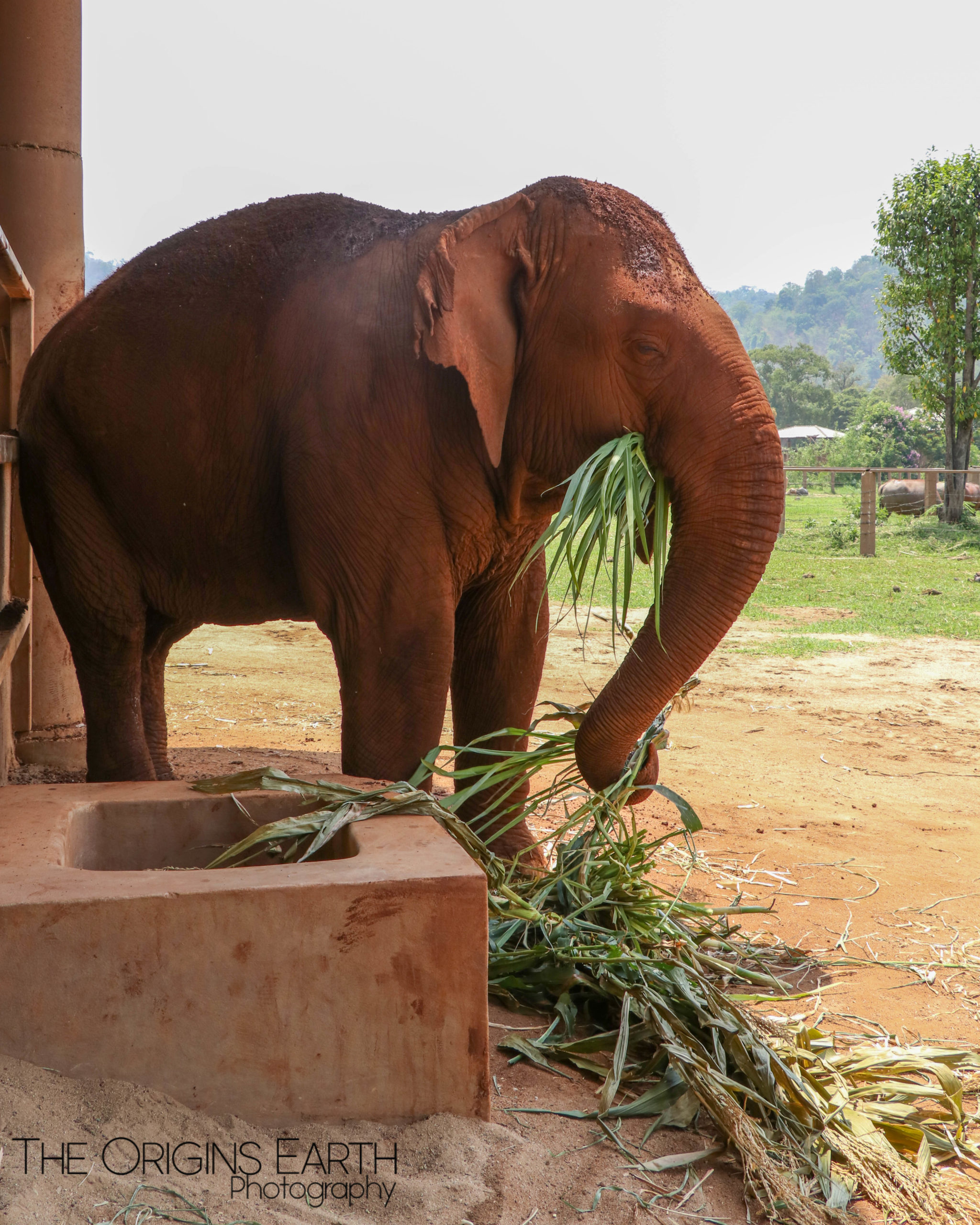 Alex:  It’s very challenging to narrow her incredible life’s work down to a few sentences. As a young girl, Lek made a strong connection with animals and nature, thanks to her grandfather, who was the village shaman. They would venture into the jungle together and he would teach her about natural medicines and wildlife. Her grandfather was given an elephant named Thong Kham in return for saving the life of a young man. Lek formed a close relationship with Thong Kham, which sparked a love for elephants that shaped the course of her life.

While Lek was studying at university she took breaks to visit elephants and care for their medical needs. Lek couldn’t bear seeing the suffering elephants were forced to endure in elephant riding, performing, and street begging. Every strike of the bullhook was a blow to her heart. So she set out to do something about it, eventually establishing Elephant Nature Park after receiving a generous donation, which enabled her to buy a large area of land. Her goal was to provide a place where elephants could live free from abuse, form herds, and enjoy more natural life. Her vision was unstoppable and has kept evolving. Lek also focuses on opening the eyes of elephant owners to a kinder way of living and working with elephants to end the unnecessary cruelty that still goes on in elephant tourism. Lek helps traditional elephant camps transition to an ethical model so that the elephants can live a better life in nature. This also provided the motivation for establishing Asian Elephant Projects, which now supports over 30 small independent ethical elephant projects.

Géraldine: Where does she get the elephants?

Alex: At Elephant Nature Park, the herds mostly consist of old and injured elephants that have been rescued from abusive conditions. Many of the elephants have a history of working in logging, elephant riding, street begging, and performing in shows. A few elephants were born at the park, but Lek does not seek to breed elephants. Rescuing an elephant requires the transfer of ownership according to law. This is often a long and difficult process requiring patience, persuasion, and protracted negotiations.

Géraldine: Is ENP the final home for the elephants living there?

Géraldine: How are new arrivals introduced to the current residents of the park?

Alex: In order to maintain an environment of tranquillity, we have to take several factors into account. This includes understanding the background of the elephant and what they have been through. They may have sustained an injury and acquired a disability as well as suffering from PDST resulting from abuse. A lot of the elephants that we rescue require forms of rehabilitation. It takes patience and close observation to help make the transition go as smoothly as possible for the new arrivals. Our goal is to show the elephants love and let them know that they don’t need to be afraid anymore, that they have a place that they can feel at home and finally enjoy their life.

Géraldine: Do you take care of other animals at the park?

Alex: Yes, we care for over 400 dogs, 200 cats as well as horses, rabbits, cows, water buffalo and more. These animals have often been rescued from life-threatening situations and conditions.

Géraldine: Other elephant sanctuaries have opened recently. What do you think about this?

Alex: We always appreciate seeing new sanctuaries open as long as they are truly ethical and genuinely care about the elephants and other animals. Visitors to Thailand should do their homework though.  Just because a place is called a sanctuary doesn’t always mean that the people who operate it are motivated by a love for elephants.

Géraldine: In your opinion, will elephant tourism run out of steam or even stop?

Alex: The captive elephant population in Thailand is around 4,000 and at least for the foreseeable future, ethical elephant tourism provides the most plausible way to provide a home for them and earn enough money to care for their needs.  The priority is to continue the transition from traditional exploitative forms of elephant tourism to an ethical model which focuses on the well-being of the elephants. This means to allow the elephants to live in nature where they can form herds, bathe in the water and take mud baths, have access to plenty of good food and clean water, without the use of bullhooks to coerce the elephants. As mentioned, people visiting Thailand who want to see elephants should make sure that their money is going in the right direction and supporting ethical elephant care.

Géraldine: Do you have new projects for the park?

Alex: Yes, we are currently finishing our new ‘Hands Off’ project which will open to day visitors in November. The concept is to limit contact between humans and elephants. Guests will be able to observe the elephants from a skywalk allowing more space and freedom for the elephants and providing guests with unique insights into elephant behaviour. The idea is to propose a morning tour at the park and visit the ‘Hands Off’ project in the afternoon. 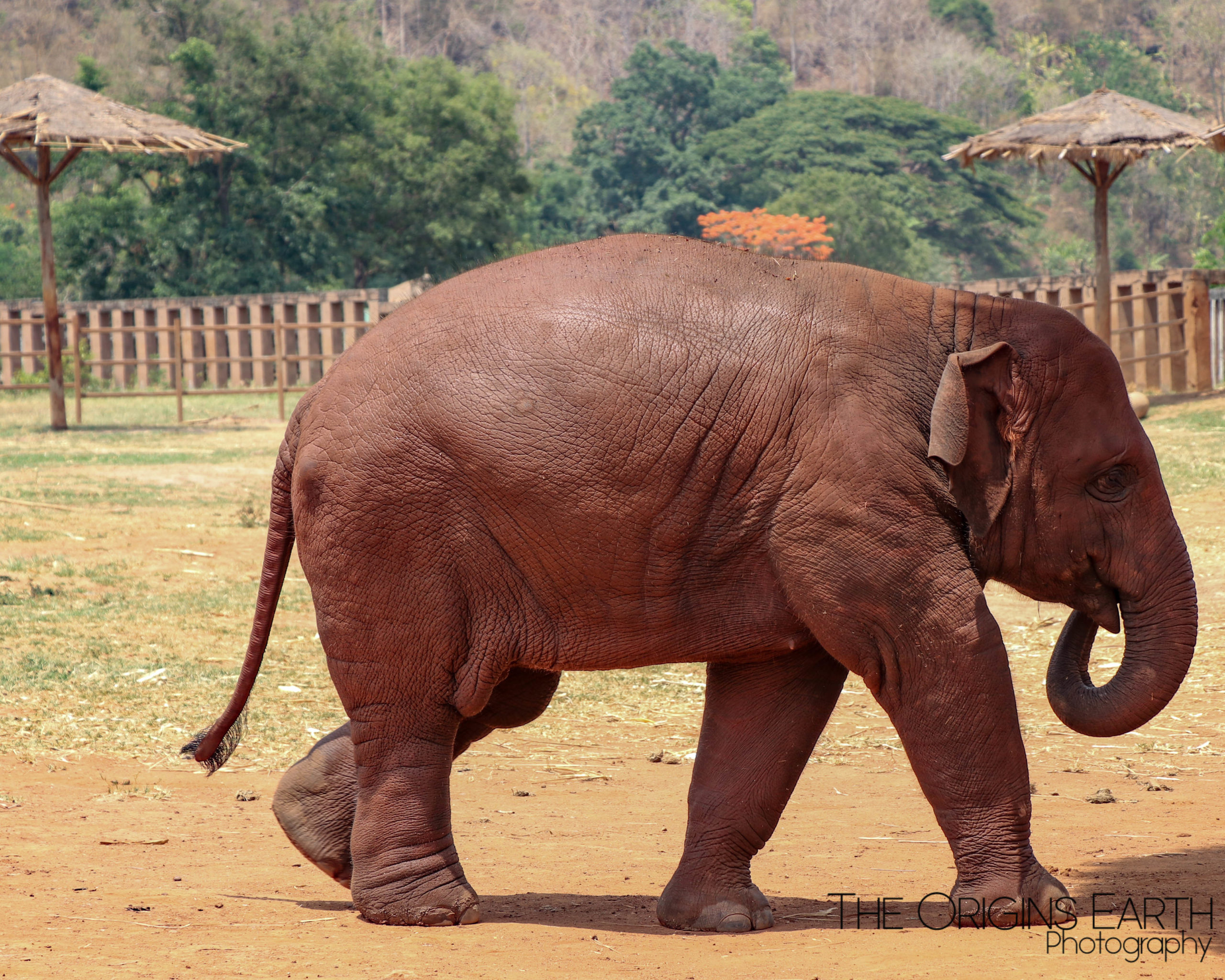 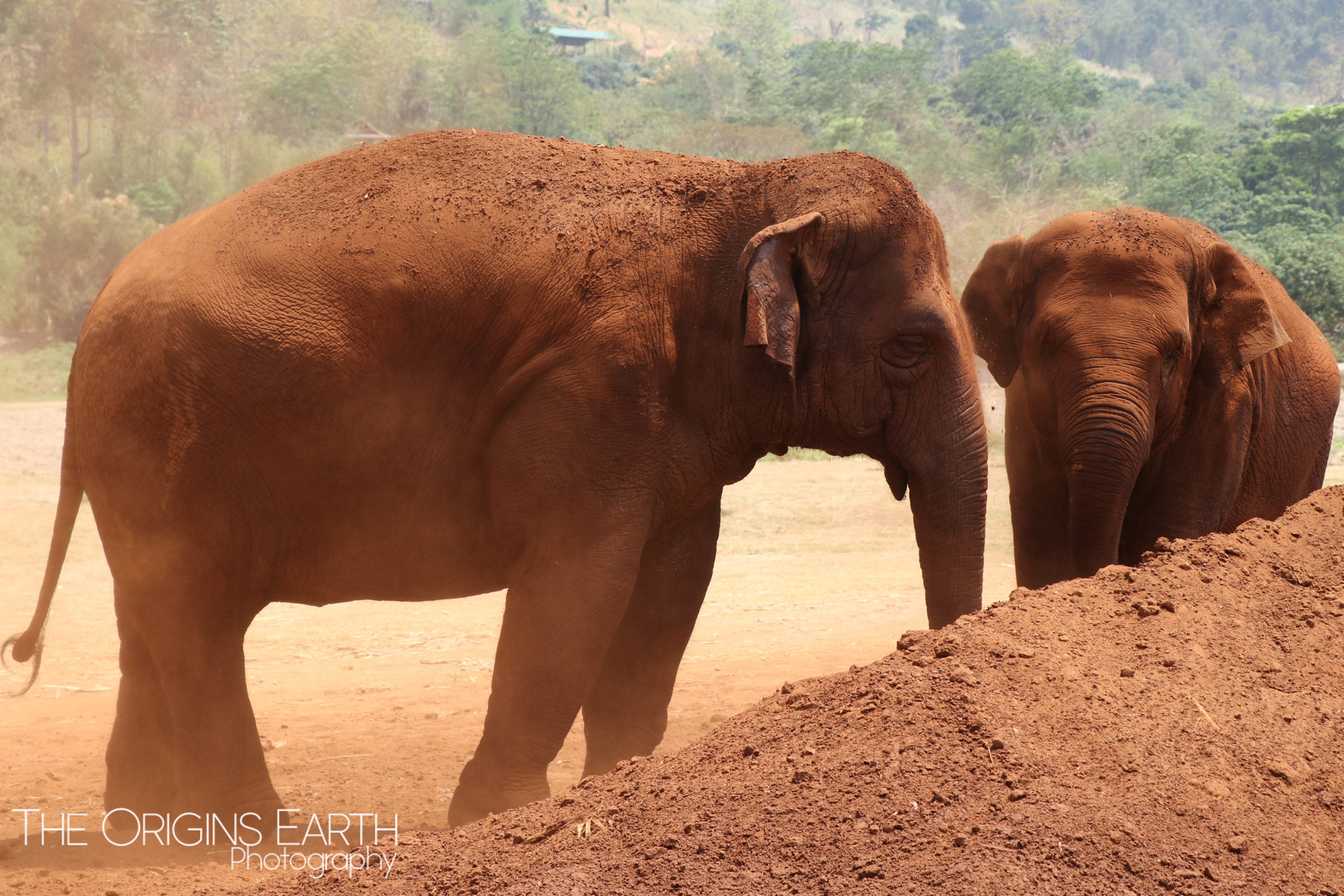 Do you want to read the article “Elephant Nature Park, the interview” in French?

Other articles of the blog

Do you want to read other articles?

Do you need more information?

The Blog  Avène and Ocean Respect My motivations for this article For my first article on a brand, I chose Avene. Why Avene? Because it is a brand that is close to the values I aspire...
Read More

Ecology – 4 Ocean and their bracelets

The Blog  4 Ocean - The bracelets that make the difference It is a bracelet 4 Ocean that I received and then 2 others which made me write this article for you to discover them. In...
Read More

Nature in Bali and its environmental issues – Indonesia