in the marine environment 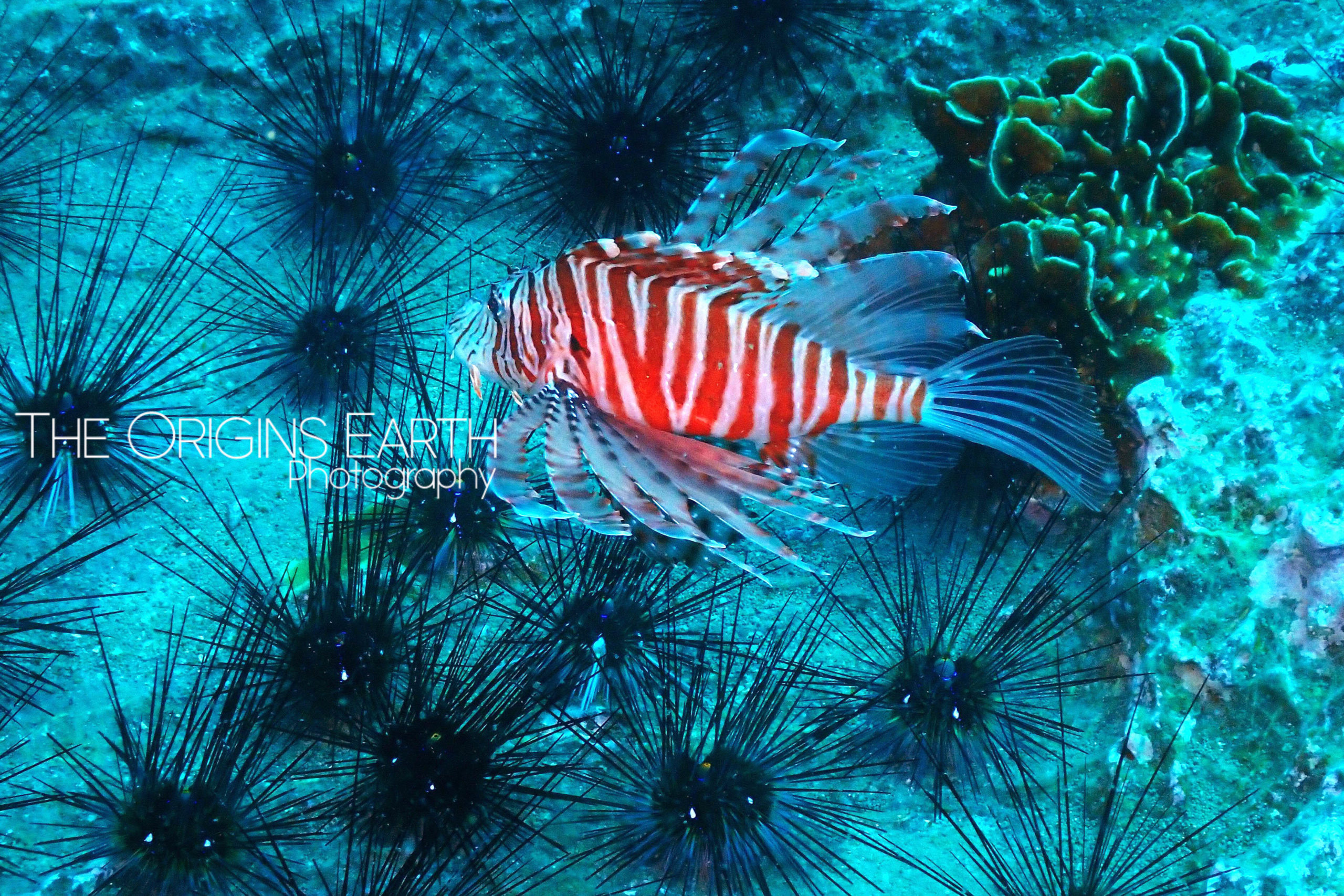 Lion fish is not a threatened species but this is an invasive species.

There exists two species called Pterois miles living in the Indian Ocean and Pterois volitans in the Pacific Ocean.

This fish is between 30 and 39 cm long, he gets venomous brown and white spines along its 18-dorsal-fins.

He feeds with a large variety of preys such as small fishes, small crustacean or also small octopuses. He hunts especially at the night. In one year, this fish can eat around 5 millions of preys.

To catch its prey, the lion fish spreads its pectoral fins wide, swims after the fish and creates a depression by sucking them in with its big mouth.

He is from the Indian Ocean and Red Sea and we meet them in the Mediterranean Sea, and, thus, in the Pacific Ocean.

He can live in the lagoons, coral reefs from 2 meters until 55 meters of depth.

He is living alone or in group around the coral reefs and he is active at night and also at twilight. He can live until 30 years.

Female can lay until 40’000 eggs each 4 years and from its first year of life.

This species is at the top of the food chain as being an invasive one by destroying all the biodiversity around her.

This invasive species could have been introduced in the 80’s in the Atlantic Ocean on the costal of the USA and Caribbean. He has for predators sharks and human being but, he doesn’t have other predators, and so he causes lots of issues in the waters by disappearing others species whose they have seen their numbers decreasing until 90%. Some of places, lion fishes exceed the number of local species.

Therefore, scientists ignore how lion fish-population could colonise those places where we find them en masse. Indeed, with their arrival the quantity of preys for predators local species may cause an important imbalance in the ecosystem.

Only, humans can regulate this species by hunting them. 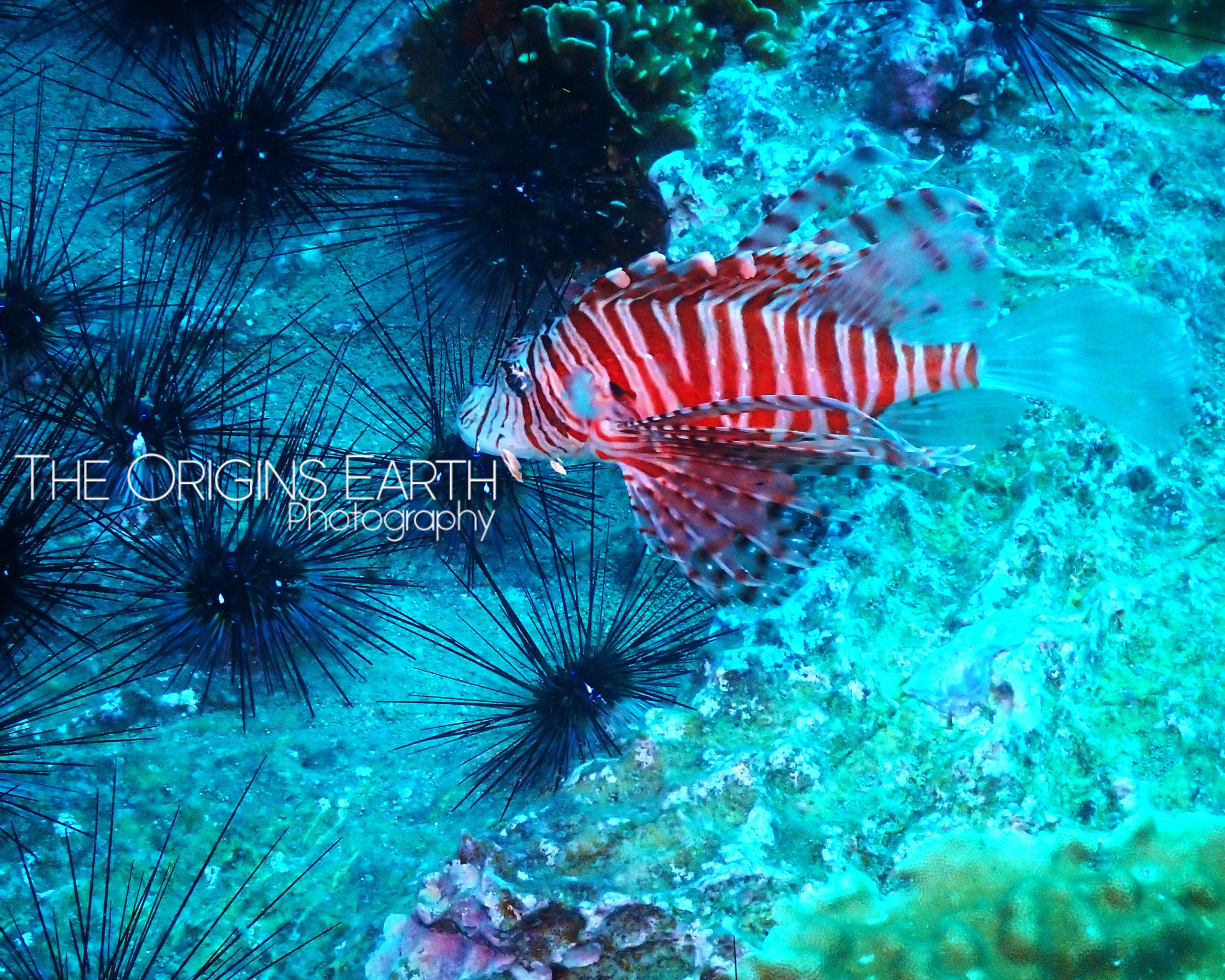