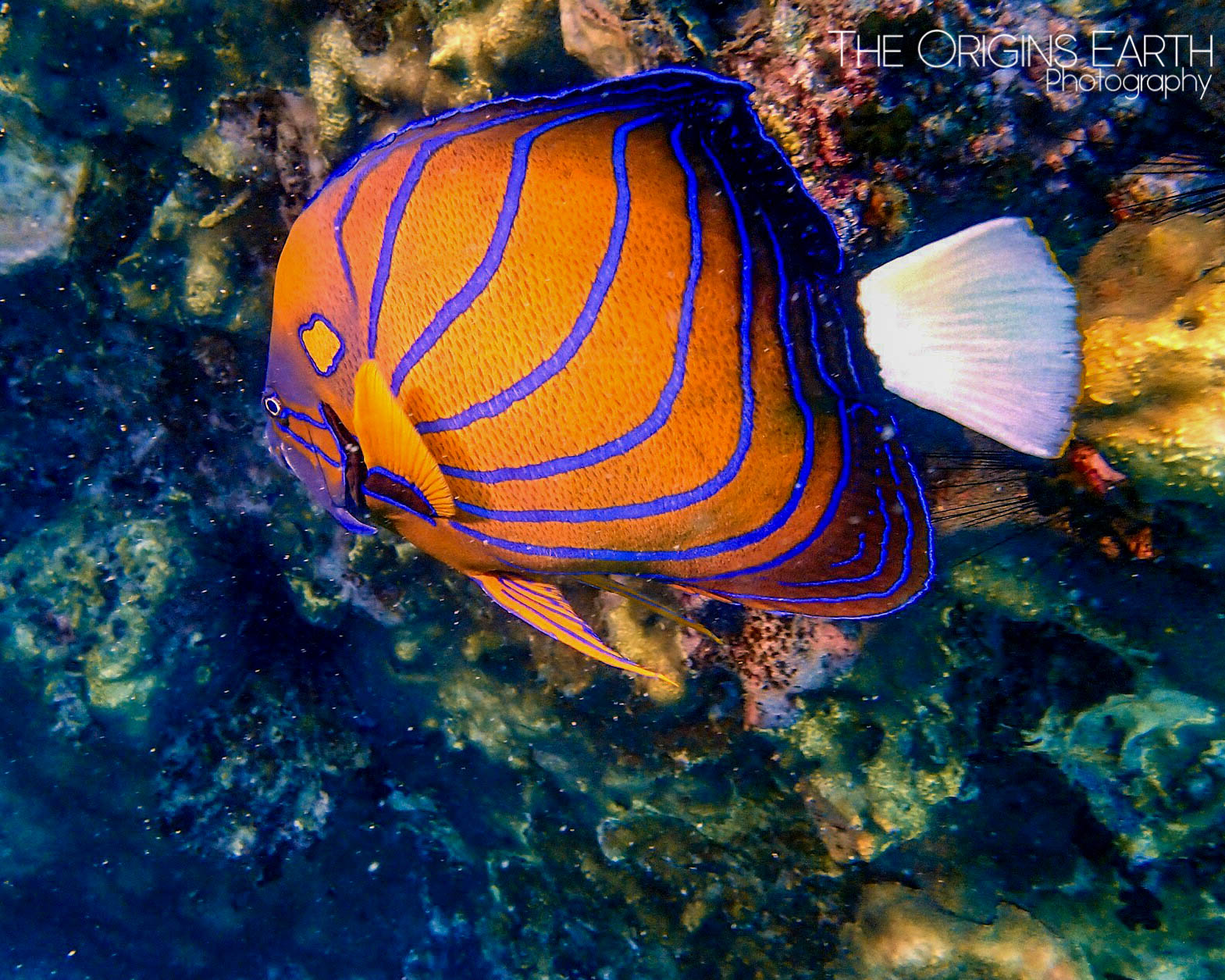 The Bluering Angelfish has been observed:

On Red List of IUCN, the Bluering angelfish population is stable with no major threats identified.

I wanted you to discover this species of fish that we can find in the Indo-Pacific Oceans. I met up this fish in Koh Tao in Thailand (May 2019). This species of fish is not on the Red List of IUCN which is good news, but I think this is important to you to have an idea about which species endangered exist.

While I am writing this article (June 2019), I am about to reach the Divemaster level soon and as I love photography, I decided to take some underwater pictures during those fun dives in order to show you the underwater life.

Thanks to those fun dives, I trained my buoyancy to improve in underwater photography.

The family name « Pomacanthidae » comes from the Latin words « pom » (cover) and « acanthus » (thorn) that refers to its large spine on the lower. This spine distinguishes angelfish from butterflyfish.

Another characteristic is the different colour pattern that has juvenile and not adults. In fact, juvenile look more related to each other to their parents. The adult is entirely yellowish brown with 8 curving blue lines.

Adults Bluering Angelfish can reach 45cm in length but are mostly observed less than 20cm by divers in their natural habitat. They can live until 15 years up to 25 years in captivity. 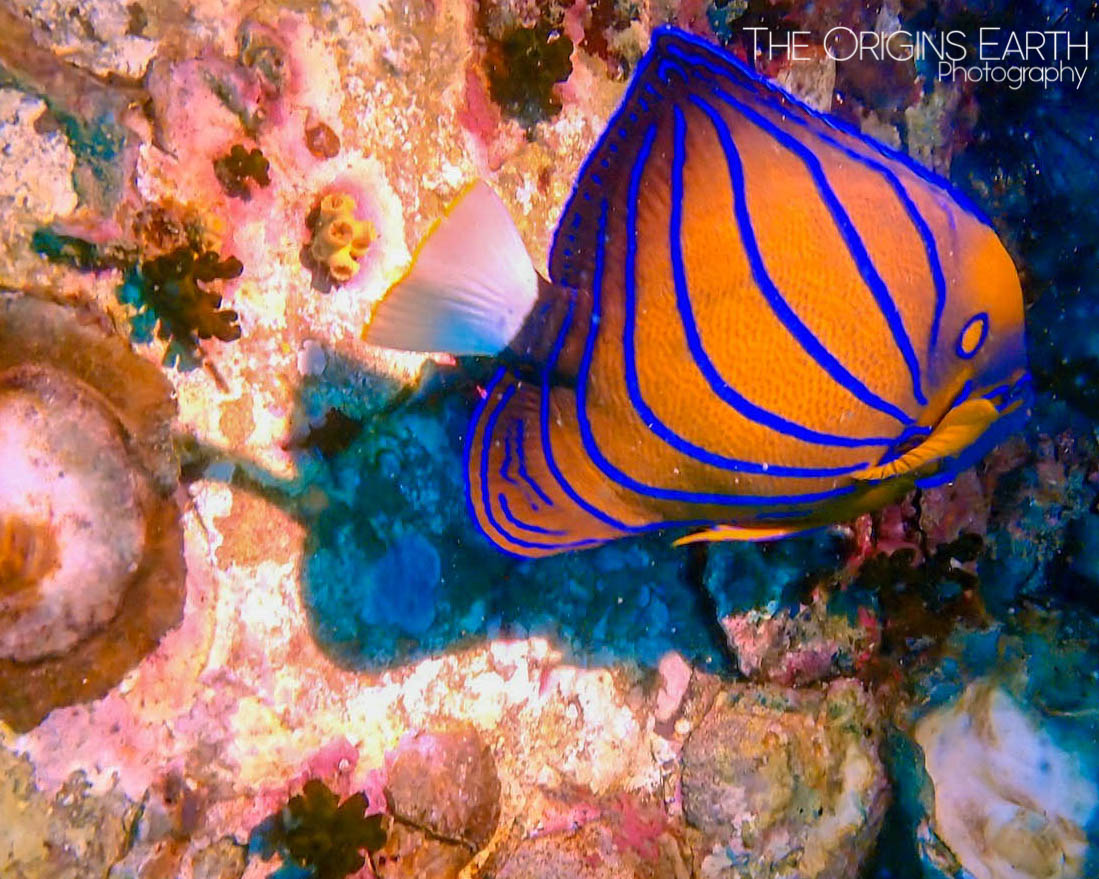 They are omnivores, which means they eat different animals such as sponges and tunicates but also zooplankton. They also eat coral polyps, shrimps and shellfish, leaves, algae.

This species of fish is originated in Indian and Western Pacific Oceans from Sri Lanka, the Philippines, Taiwan, Papua New Guinea to New Caledonia, and also north to southern Japan. It can be found from 5m to 30m in depth.

There are no sexual differences between males and females and are considered as hermaphroditic species. They are always swimming in pairs in the wild.

This Bluering Angelfish could be aggressive with other fishes.

The males have a courtship ritual with females. What happens is they are swimming toward the surface where they release eggs for females and sperms for males. Then when the larves are hatched, they will swim for one month with plankton before developing into juveniles. At the beginning of their life, adults are females before transforming into males that are a little bit larger.

Do you want to read the article “The Bluering Angelfish” in French?

Internet sources links for this article